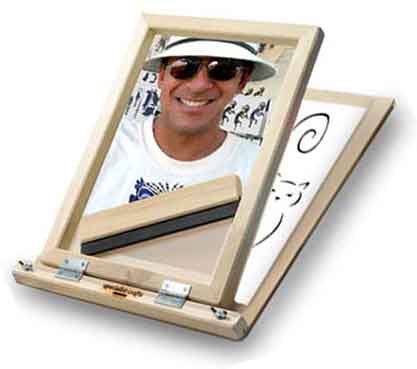 Southern California artist John A. Conroy was raised in Wisconsin and earned his Bachelor of Science degree in art at the University of Wisconsin, Madison. John has worked as a graphic designer for firms such as the Miami Herald, Village Mews and Camp Beverly Hills, as well as on a host of other independent projects. He started his own design firm in Venice Beach, California, in the mid 90's and has been a self-employed artist ever since. John has won many awards for his art from various art festivals and competitions throughout the United States. Conroy's designs have also been used by Paramount, CBS, ABC, NBC and Universal Studios, gracing the sets of many popular shows such as 'Melrose Place' and 'The Bob Newhart Show'. 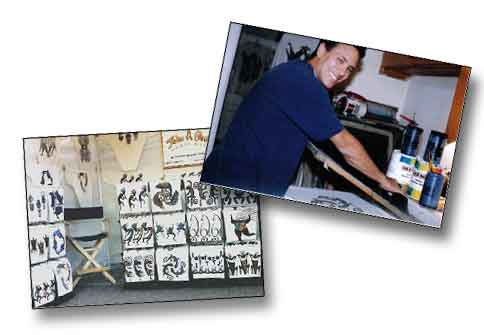 Although throw pillows are a relatively new medium for John, his artwork has for a long time been putting smiles on people's faces in the form of printed t-shirts, tote bags and framed prints. Bold and lively, John's designs reflect his passion for life and desire for others to feel the same. “Life is too short to be serious all of the time," says John. “It is my responsibility as an artist to assist in keeping these components of life intact - dancing, singing, playing, movement, color, balance, focus, originality and most importantly, fun! It is my personal goal and a fundamental part of my company philosophy, that each design I create be flawless and of the highest quality."

There are no products listed under this category.