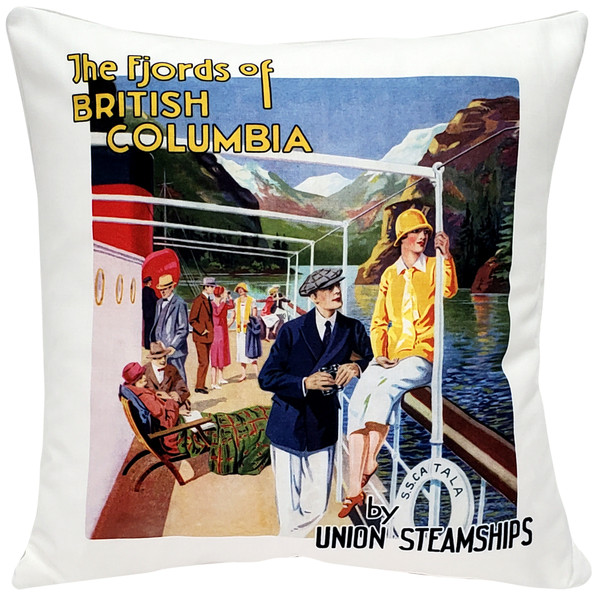 Made from a soft, but durable poly-linen fabric, the Fjords of British Columbia Throw Pillow features an image adapted from a tourism brochure published in the 1930's by the Union Steamship Company (USSCo). The S.S. Catala was one of several steamers that serviced British Columbia's Gulf Coast. Originally launched in Montrose, Scotland in 1925, the S.S. Catala had a colorful history which, toward the end of her days, included operating as a floating hotel on the Seattle Waterfront during the1962 World Fair. Learn more about the Union Steamships that operated on the BC Coast at www.sunshinecoastmuseum.ca.