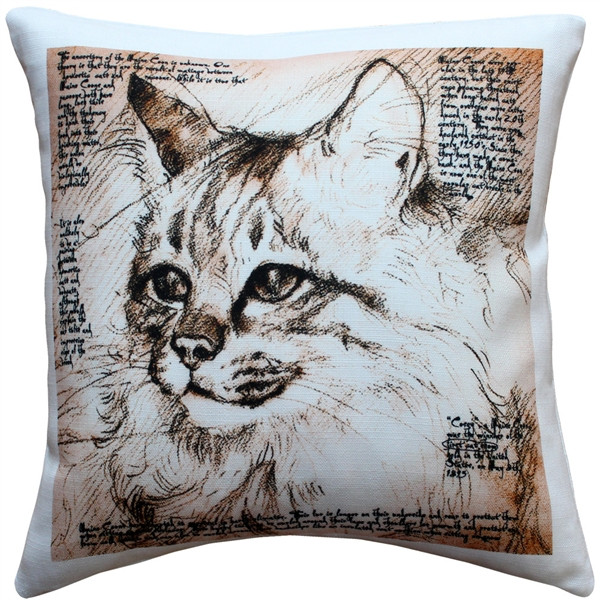 Created in the style of a Leonardo da Vinci sketch, this image of a Maine Coon cat is applied to a wonderfully soft and natural feeling indoor/outdoor poly-linen fabric. The Maine Coon Cat Throw Pillow makes a great gift for any cat lover. A Leonardo's Dogs original.

The pillow features the following script: